ZeppelinOS's features such as upgrades, EVM package linking, and vouching, can all be used through the zos CLI with only one extra contract; The ProxyAdmin contract. ZeppelinOS uses this contract in order to avoid confusion around the transparent proxy pattern. This contract acts as a central admin for all proxies on your behalf, making their management as simple as possible, while retaining the highest safety standards.

However, some additional smart contracts come into play when you want to publish your EVM package for others to reuse. Publishing is achieved by calling the command: 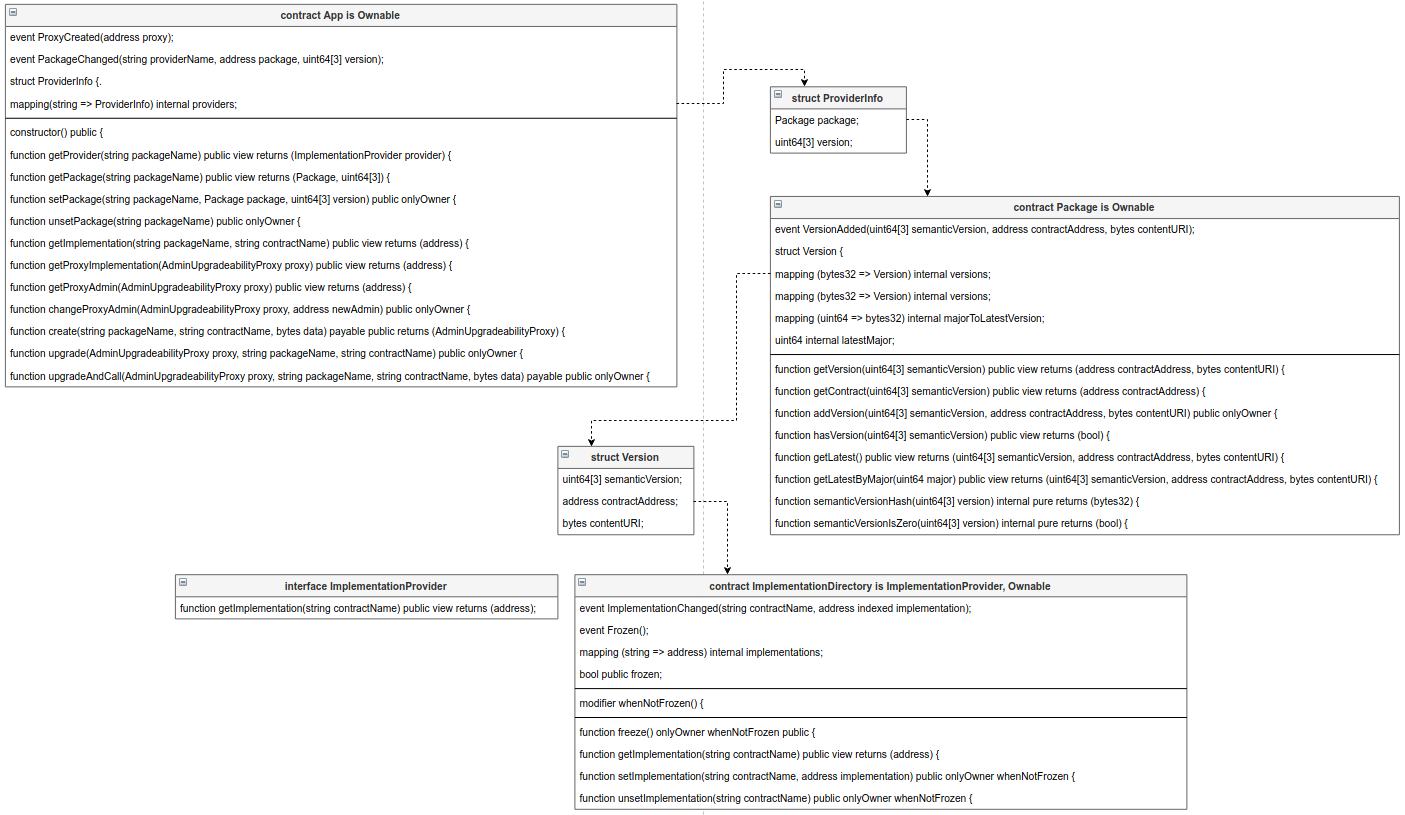